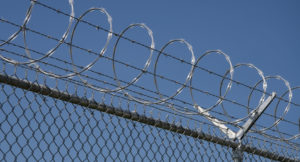 About Me – Fred Dent

I am called to free people from the confines of Second Prison, the next phase of life after finishing a prison sentence. Second Prison has no parole board, no corrections officers, no physical fences, wall or locks, no release date but is very real. It severely limits that ability of a returning citizen to reenter society and be a responsible contributor. The stigma of having served a prison sentence lingers from decades old realities about who goes to prison and who comes home. Not that many years ago prisons were populated by the worst of the worst criminal – gunslingers, murderers, armed robbers, train robbers, rapists, mafia hit men, gun runners and the most violent offenders. The reality in today’s prisons are much different. Sure, we still have murderers, rapists and violent criminals incarcerated, but since the get tough on crime laws and zero tolerance laws went into effect in the 1970s, 80s and 90s the profile of our prison populations and those being released are much different. When I was growing up in the 1950s and 60s noone knew someone who had gone to prison.

Today nearly one in four USA adults have been either in jail or in prison. Over 95% of the 2.4 million prisoners incarcerated in this country will eventually be released. It is estimated that 67% of ex-offenders are rearrested within 3 years and that 50% of those return to prison. Many ex-offenders are returning to prison because of the difficulties of breaking free of the Second Prison.

Hi, my name is Fred Dent. I retired early in 2010 and kept teaching in college and then full time retired in 2014. I was born and raised in Seattle, WA, served six years in the US Navy during the Vietnam War then lived in Florida for 25 years before moving back to Seattle. My professional life was in environmental engineering and later in college level education. I graduated from the University of Washington. Currently I am retired in the Spokane, WA, area. I also sang professionally in concert, musical comedy, light opera and was even a lounge singer for a while part time most of my life. I have performed on major stages from New York to Miami to Seattle including Carnegie Hall, Lincoln Center, Benaroya Hall and McCaw Hall in Seattle as well as all three major television networks. I toured Southeast Asia, Southern Africa and parts of Europe performing both pop and classical programs.

I have led an active Christian life no better and probably no worse than everyone else who is willing to be honest with themselves. For many years I prayed for the Holy Spirit to use me and lead me into a ministry where I would be effective. Most of my life I had an active ministry in church music as a trained vocalist. Depending on the church I was affiliated with at the time I was either a choir conductor, choir section leader, cantor or part of a worship team. My music ministry included commercial recordings of major choral and choral symphonic works. As a result, for me, much of our Holy Bible has a tune that underlies the words.

The problem with a Christian Music ministry is that it separates you from the body to a large degree. The time commitment is huge preparing for weekly services, seasonal services and major concerts several time a year. My social life had become rehearsals leaving little time for other ministry opportunities.

Between my travels in the US Navy, for engineering projects, as a cultural ambassador and my personal travels I have seen much of the world. That’s not to say I have seen it all but I have learned how people all over the world live, that people, no matter what their stripes, are basically the same striving for the same things you and I seek. Divisiveness comes from fear of the unknown, not that we are different. (Remember FEAR? False Evidence Appears Real).

When I was lead out of court I was placed in handcuffs for the first time in my life. To this day I have never been arrested, never ridden in the back of a police car or had a trial for any reason. I have, however, lived through the experience of incarceration and the trials of reentering society. The events that lead me to prison are not relevant here and are confusing and convoluted. Suffice it to say, I was not convicted of a violent or sex crime. I plead guilty to allegations that could have easily been defended in court but veiled threats from the Prosecutor through my attorney convinced me to take a “deal.” The deal I agreed to through my attorney was withdrawn by the court at the urging of the Prosecutor during the sentencing hearing after I had already plead guilty to avoid incarceration. My agreement was for little to no jail time, a modest restitution, no prison time, probation until I fulfilled my obligations and then my record would be expunged. Instead I am left with a colorful record that includes a couple speeding tickets, a ticket for driving a motorhome in the left lane too long, two parking tickets and a felony conviction for theft.

After the shock wore off a few weeks later in Washington State Corrections Center, Shelton, WA, and I found a Christian service to connect with, it started to become clear that the Holy Spirit placed me in these circumstances for His purpose. None of the DOC interviewers, counselors or officers could understand why I was incarcerated. I explained to each it was because the Holy Spirit needed me in the system. I was transferred across the State, away from family and friends to Airway Heights Corrections Center Medium Security Unit, aka Camp.

Eventually Jesus came to me during one of my prayer walks around the exercise yard and walked with me. We had a long conversation about many things but the take away for me was when I asked “What do you want me to do?” He answered very clearly “Stay the course, you are where I need you. I am preparing the way for you.”

I learned the system from the inside. I learned not to trust our judicial system. I learned that you have to be careful and cautious about choosing friends inside, but in reality, it’s not much different than on the outside. There are nice people and not so nice people in our prisons. I sought out friends at Christian meetings and services and met some truly remarkable people.

I met murderers, drug addicts, thieves, burglers, car thieves, repeat DUI offenders, credit card scammers, identity thieves, forgerers, you name it. I met young men around 19 or 20, older gentlemen  in their 70s and 80s and every age in between (including corrections officers across the same age spectrum). I met people from every walk of life including professional sports players, attorneys, teachers, craftsmen, mechanics, truck drivers, chefs, business managers, accountants, laborers, fisherman and burger flippers – basically every walk of life. But, they all looked alike, some with scars, some with tattoos but alike nonetheless! Just like we do to God once we have been washed by the blood of Jesus!

I met many Christians, some new, some lifelong, with whom I could study the Bible. I taught and shared an equal portion to what I learned.

I saw many men leave prison to go home full of the Holy Spirit, full of expectations for a better life, full of eager anticipation and a genuine desire to become worthy citizens only to fall again and return to prison. The Holy Spirit laid on my heart that these brothers going into the world need a community of Christians to support them, to encourage them and to help them learn to follow the Holy Spirit in the outside world. They are leaving a very close, intense Christian community where they have very little responsibility other than to obey the rules and get their head straight. There is always someone at arm’s reach to talk to or to correct you (it’s amazing how much more aware the non-Christians are about how a Christian should act than some Christians! but I digress). When they walk out the prison gates into the world it can be a frightening, lonely experience.

Jesus, through the Holy Spirit, is fulfilling his promise to me “I am preparing the way for you.” Doors are opening for me everywhere I turn with opportunities to mentor men still inside prison, those returning to the community and to energize the church in this important ministry.

“I found myself increasingly drawn to the idea that God had put me in prison for a purpose and that I should do something for those I had left behind.” Chuck Colson, Founder Prison Fellowship. circa 1975

The following article published in September, 2018, tells more of my story:

If you would like to get involved in reentry ministries or the Angle Tree program please contact me below.