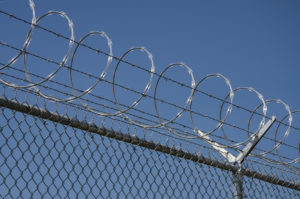 This is the core of my personal ministry - mentoring those who are incarcerated across the razor wire and beyond.

My ministry is based upon the belief that people should be judged by their future in Christ, not their past, as we are taught in 2 Cor 5:17:
"Therefore, if anyone is in Christ, he is a new creation. The old has passed away; behold, the new has come."  ESV

Leaving prison can be a frightening experience and it is certain to be laden with pitfalls that lead to recidivism. Without a firm plan and faithful support upon release, many of these people enter the Second Prison and eventually re-offend and go back into the system. There is a better way:

"And the God of all grace, who called you to his eternal glory in Christ, after you have suffered a little while, will himself restore you and make you strong, firm and steadfast. To him be the power for ever and ever. Amen" 1 Peter 5:10 -11

Criminologists, economist and social justice advocates have produced hundreds of studies trying to understand the root causes of crime in the United Sates. There continues to be much debate and as soon as a consensus begins to form around a root cause, the economy changes and the correlation collapses. What we do know for certain based on numerous studies, is that successful reentry depends on four key elements (Prison Fellowship):

We can nurture their commitment to not return to prison through mentoring, skills classes and Christian ministering inside the prison gates during their incarceration. Before their release we can create a Bridge Community that will assist in finding housing and work while providing a support group in a local church. By mentoring returning citizens in these four critical areas we see a remarkable success rate.

Incarcerated men are referred to me by people I currently mentor who are themselves incarcerated or through the Prison Fellowship Bridge Church program. These are Christian men who have accepted Christ and genuinely want to change their lives when they are released. These men realize that the new life they desire is new to them and they do not have the tools or resources to establish themselves as productive citizens and break out of their previous lifestyle of crime and prison.

I mentor these men in their walk with Jesus while helping them formulate a plan for success when they come home. I started this ministry in 2015 and continue with a growing list of mentees.

Prison Fellowship
I am a volunteer and trained reenty mentor with Prison Fellowship which has a similar mentoring program and other programs designed to help returning citizens break the bonds of the Second Prison including Angel Tree and Bridge Churches mentoring programs as well as advocacy programs addressing Federal and State initiatives to reduce incarceration rates, reduce sentencing for lesser crimes, implement alternative sentencing programs and revise the zero tolerance laws and laws or regulations that hinder successful reentry.

The Prison Fellowship Second Chance Month Initiaitve strives to improve public awareness of the reentry issues and to reframe the public perception of reentering citizens in a manner consistent with the modern situation. One hundred years ago "ex-cons" were the worst of the worst returning to society because we only incarcerated the worst of the worst. Today the the profile of the prison population is much different but public perception is 100 years behind reality.

One significant proposal that rose to the national awareness under President Obama was the "Ban the Box" initiative. This initiative strives to remove the question "Have you ever been convicted of a felony" from applications for housing, employment, credit, school admissions or any other application where the answer to this question could be discriminatory. Little progress was made at the Federal level during the Lame Duck period of the Obama Administration but some states, like Washington, removed the question from all State applications. In 2018 Washington State expanded Ban the Box to all employment applications (both public and private except for certain sensitive areas like law enforcement) effective June 2018 through the efforts of I Did the Time, an advocacy group of previously incarcerated individuals in Washington State.

It starts with a gift!

Angel tree is a Prison Fellowship program that allows incarcerated parents to send a Christmas gift, a message and the gospel to their children at Christmas time.  The program continues all year connecting the families with the host church for fellowship, Christian education, mentoring and the Angel Tree Summer Camping Program. For additional information visit the Angel Tree web site. For volunteer opportunities in the Pacific Northwest click below.

We work with Prison Fellowship mentoring Returning Citizens, those released from prison, towards successful reentry into their community. We connect a prison inmate with a local church and mentor in the community they will release to. The program starts with a detailed application submitted to Prison Fellowship which scrutinizes the application and then assigns the inmate to a volunteer mentor and church. The program starts a minimum of six months prior to the inmate's anticipated release date with an in-prison mentoring program to formulate a detailed reentry plan. Once the plan is completed it is sent to an outside mentor associated with the receiving church about three months before release.

Prison Fellowship is also establishing Prison Fellowship Academies throughout the United States including a few in Washington State. The Academy is a oe year program administered primarily by volunteers in the prison institution preparing inmates for reentry through regular classes. When an inmate completes the Academy he or she will have a detailed reentry plan that is sent to an Outside mentor and receiving church in their community. We also work with these Returning Citizens.

We need more volunteer churches in the Spokane area as well as trained mentors.  If you or your church are interested please contact us below.